Luck and those damned Puritans

After Holidays. That weird sort of Twilight Zone period before you really resign yourself to knuckling back down to the everyday crazy routine again, while hanging on by the fingernails to that holiday let-it-go sort of mentality. I'm clinging to that with a headache the size of Minnesota and an impending feeling of Doom looming over my head because of all of the Big Things we need to face. Ring in a new year full of hope and joy. I do believe in a positive attitude, I do, I do...

I've been hard to live with lately. The fact that everyone has been spending Quality Holiday Time together, together, together probably doesn't help, since normally I need and like having some time alone just to myself. I get cranky and bitchy when I am crammed in together with people for too long at a stretch. And the fact that my body has been ailing hasn't helped either. It all makes me cranky. 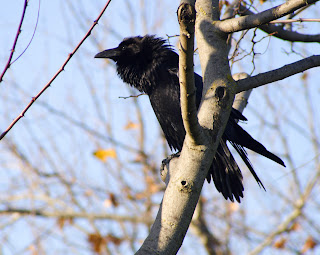 I got really mad at Paul a few days back in the midst of an argument about time and money and energy and too much commitment and worry. I ended up totally losing it and I burst into angry frustrated tears (I hate when I do that) and told him he was so freakin' (okay, really, I said fucking) lucky and he didn't even get it. But what it really came down to was more 'You unappreciative bastard, your dad is still alive and you don't even know how lucky you are to still have him around, and you just take for granted that he's always going to be around to loan us money.' I think I spluttered something even less coherent at poor bewildered Paul (less coherent being an understatement) and I stormed out of the house to run away, go to the bank and deposit unexpected and wondrous Christmas gift money, spend a chunk of that money to fill up the tank on the van and roar around ineffectually in my frustrated rage at our stupid circumstances. Yeah, so there's some unresolved stuff there about good dads and money and loans and privilege and all that, I admit it. Why is family stuff is so painfully tied to money?

I've never really believed in luck, except maybe in a sort of 'luck favors the prepared' sort of way. I do believe that some people start out with better prospects than others, due to being born into better economic circumstances. And bad things just happen sometimes to people, like getting cancer. It just happens, it doesn't matter if you have lived a good life or bad or whether you deserve it or not. Nobody deserves cancer, or any number of other horrible diseases. Nobody deserves that bad luck, even if they threw their luck down the drain by smoking for thirty years. 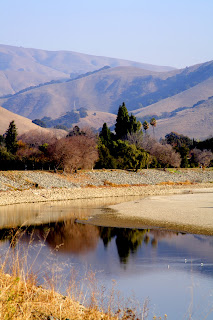 Money luck, though, that's harder. Financial comfort just plain gives people better opportunities. If you're born into a family with money, you get better chances, better options, better health care, at least in this country. You get to go to better schools, better colleges, get a chance at a better-paying kind of job and a more comfortable life. They say money can't buy happiness. Which is bullshit, when you think about it. You can have a miserable life even if you're rich, sure, but odds are you're going to spend less time worrying about how to keep your house and feed your kids if you have money. Money sure as hell can buy chances for greater enjoyment and less stress and worry and despair. People who say that stupid line about money and happiness aren't the ones who can't feed their kids, or can't afford to get that medical procedure that might save their life or their child's life. Money does matter and while it isn't everything, it has a huge impact.

Puritan Work Ethic I was raised with: It's totally up to you to be sensible and careful, act in a responsible manner, and get a decent paying job. Pay your bills, pay your debts to society and pay the taxes you owe for the privilege of living in this society. The clear assumption is that if you just knuckle down and follow the rules and do everything you're supposed to do, you and yours will Do All Right. Pursuit of happiness comes dead last in that equation. If you were raised, like I was, with that Puritan Work Ethic, you were taught that we are masters of our own destinies, we must be self-reliant, we have the power to pull ourselves up by our own bootstraps, be self-made men (it's a whole other kettle of fish if you are female, but that's another entire rant). If we can't or don't succeed it's because we haven't applied ourselves and tried hard enough, been diligent and hard-working enough. If you fail to thrive, fail to make enough money, fail to raise splendid children, fail to have a fabulous career, then the fault is entirely yours, nobody else's. You are the only one to blame, you are at fault, you have Failed.

That Puritan work-ethic, what a merciless judge and jury. So much Guilt and Shame.

We all make choices as we move through our lives, and those choices about what career to work at, spend or save, what we choose to spend our hard-earned money on, how we choose to spend precious time; all those things don't feel like they fit into the 'luck' category so much. I chose to become an artist, which as my dad took many pains to tell me, would be a hard road to follow, not a good stable way to make a living. Paul chose to go into what he loved, making games. Not a safe career choice as it's always been a very volatile industry. We chose our pathways knowing it might be difficult to make decent money, but we decided to follow our hearts. 'You made your bed now sleep in it' has been ringing in my ears for decades now. So what's the point in whining about our financial circumstances now? It isn't like we didn't know the risks, after all.

"Follow your bliss and the money will follow". Heh. That usually works better if you have a stable financial platform to stand on while reaching for your dream. And it really helps to combine that with one or more other elements:
- a stable income from other sources
- a supportive partner who is whole-heartedly behind you and has a solid head for financial matters
- a solid and unrelenting drive and energy to work like crazy all the time combined with a single-minded determination to succeed in this one area
- the ability to say no to others' demands on your time, energy and  financial resources, especially extended family
- no kids

I realize that is a rather bass-ackwards, negative approach to the whole 'success in a creative field' idea. The positive flip-side I usually tell people who want to be successful as an artist is that there are three things you need:
- You have to be really good at your art
- You have to meet your deadlines
- You have to be easy to work with.
If you have even two of those three you will do all right.

The thing that isn't really covered in there, though, is that you must have confidence and the ability to sell yourself. If you lack the ability to sell yourself, it doesn't matter how wonderful your work is; your work won't even be out there available for people to see. You have to believe in yourself to sell your abilities to others. You have to want to get it out there, and you have to work damned hard to get it out there. If you lack that want or the drive to sell what you make, you fail.

And that is where I am right now.  How do you balance happiness and love with that need to pay the bills? What if you're tired and you just want to relax and sleep with the cat? 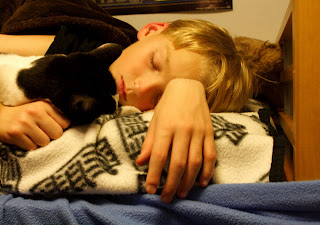 Posted by Beckett Gladney at 4:22 PM