We went to a mosque yesterday. Or rather, we went to a Muslim cultural community center to witness and take part in a service. We are not Muslim, but we do go to Mission Peak Unitarian Universalist Congregation, and our boys take part in the religious education program there. Part of their religious education is to learn about other religions and right now they're learning about Islam.

Let me go back and explain for my own clarity of thought here.

Religion is a tricky, sensitive and volatile issue with almost anyone you talk to, and I almost always avoid the subject. It's not something I talk about with almost anybody; I figure your faith is your own personal choice and it's not anybody else's business what you choose to believe or not. I have always had issues with other people trying to foist their belief system off on others; it's one of my hot buttons that can make me incredibly angry amazingly quickly. To presume to know the One True Way and try to force others to believe that one way seems incredibly presumptuous. 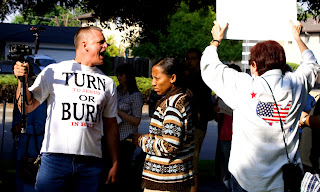 Faith by definition is not based on fact, but belief. And presuming that your beliefs are right and everyone else's are wrong unless they agree with you is bullying at best. Your belief system may be right for you, and that's fine, but to tell someone else that they are going to a hot fiery burning place for all eternity because they don't happen to have been raised with your faith or haven't 'seen the light' and converted to your faith is coercive and 'us vs. them' exclusionary thinking at best.

Paul and I together have never been particularly religious, and I'd say we aren't now. When the boys started getting older and asking the bigger questions we realized that we could use a village of open minded, free thinkers to help us. We searched around and tried out various churches, starting with the Catholics since Paul was raised in the Catholic tradition. I wasn't raised with any particular religion, but my parents were generally in the Protestant Work Ethic camp. 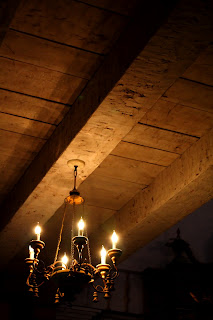 The Catholics ruled themselves out for me pretty damned quickly when a priest told the congregation during his homily that gays were an abomination against God. Well. Out of there for good. I refuse to believe that anyone is an abomination and I will not be told to hate, and damned if I'll let anyone teach my kids that. I realize not all Catholics are like that, by the way, but there's a far distance between letting someone else have their beliefs and letting them teach my children to hate any group of people.

We looked around for a while before we found Mission Peak, and while most of the churches were friendly and welcoming, there were too many instances of exclusion and restrictions against 'others' and being told what to think and who was okay and who was not. Too much exclusionary behavior, honestly. I've just never been able to buy the notion that there is only one true religion, and there are a lot of churches out there saying they are the only true one.

So when we landed at Mission Peak and found a message of acceptance it was a real relief. Every service starts with a group promise to 'treat all people kindly, because they are our brothers and sisters'. Everyone was welcome as an individual no matter what their lifestyle, and everyone was welcome to have their own beliefs, whether atheist or deist or theist or whatever. Acceptance and love are the key elements, and that I could get behind.

The children's religious eduction program teaches the kids that. It also has them learn about many religions, to broaden their minds, show them a variety of different faiths and help them to think for themselves and make educated, informed decisions for themselves about these things. This year the boys are in the age group where they go to different churches to see other faiths and other services in action. So yesterday we went to a mosque.

It turned out to not be a church so much as a safe haven. It was deep in an industrial complex, tucked quite unobtrusively away, with only a small sign on a corner of the big building. There was nothing overt to label it as a gathering place for Muslim worship. Yeah. I'll let you think about why their building might need to be like that for a minute. We eventually found our way in and we were greeted and welcomed by a number of people as they made their way inside for the evening prayer. Several friendly ladies gave us a tour and fed us cookies and gave us hot sweet mint tea. The building was a soothing, welcoming place inside with several large gathering rooms, and many smaller more cosy rooms with couches and places to sit and relax and have quiet conversations. There was a meditation room that was especially inviting, but the entire place had a safe, warm feel to it. 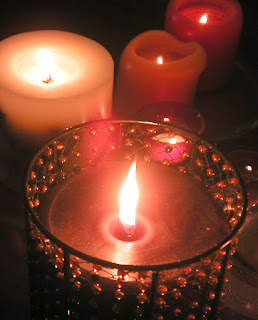 Several people described the place to us as 'a safe place where you can just relax and be yourself, and not worry about the outside world'. Which when you stop to think about it is a very telling statement about how most muslims must feel when they're out and about in the everyday world around here. Not safe, not relaxed, not able to just be themselves.

We women wore headscarves to cover our hair, and we were told when one of the girls asked why that it was for modesty, and jokingly that it was handy when one was having a bad hair day. We eventually were led to the room where they were having prayers, though we were told it wasn't a formal space, not a formal mosque. During the prayers everyone faced east, towards Mecca, in unity with all other Muslims. Paul mentioned later that he really noticed the lack of any decor or obvious alter or any central focal spot, though honestly I hadn't really realized that until he mentioned it. Maybe because he was raised Catholic with their very clear focal point for worship, it felt odd to him. But it was a big room obviously set aside for prayer and we women found our way towards the back where the other women were and we sat quietly observing until the prayers were over, then we were warmly greeted by other women and we chatted quietly for a while. It felt safe, and very welcoming. I realized as we sat with the women that it was a kind of relief to be with just women; there was a feeling of immediate recognition that reminded me of how much I cherish the times when I get to be with my other female friends without any men there. Women have a bond just by being women, with all the difficult things only we go through, and it was a special thing to feel that common bond there, in that place, where we stood out as the different ones. They included us with kindness even though they didn't have to, and their warmth really touched me.

We went afterward and talked for a while with one of the community leaders and several of the other children followed us and sat with us to listen as well. There was a very relaxed, natural curiosity about us, and we were obviously not a common occurrence. Feeling like we stood out and were different made us realize afterward how many of them must feel when out and about in the greater community. No wonder they wanted a safe place to relax and be themselves.

So the next time some hating fool says Obama is secretly a Muslim and that makes him a terrorist, my boys and all the rest of us who went last night will remember the warmth of that cultural center and their kindness and know that what was slung in ignorance as an insult is of course in actuality a compliment. May we all be so kind and welcoming. 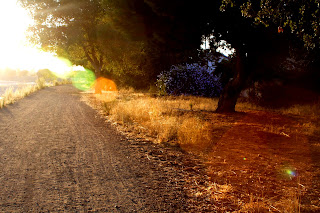