Hedgehoggy.
Yep, definitely.
Life has been very busy with boy sports and school stuff and other obligations that we've taken on for various reasons. Like so we can eat, pay bills, let the boys do sports, those sorts of mundanities.

I have had a bad migraine for the last three days. I haven't been having them as often as I was for quite a while, and while I enjoyed the respite, somehow these things always surprise me again with their intensity of pain. Medications don't touch them, and I just endure through them. As they wear on it just saps my will to live and everyday things start slipping.

It just makes it all harder; you know, dishes, washing clothes, that sort of everyday chore that never really ends. I find if I force myself to do them when I'm in pain it can have a good effect; I end up feeling like I'm fighting back entropy, or something. But there are times like this weekend when it just is too much and it doesn't get done, and once the headache finally, finally passes I'm left exhausted and with a sinkful of dirty dishes and mountains of laundry to face... Which I am procrastinating on dealing with. 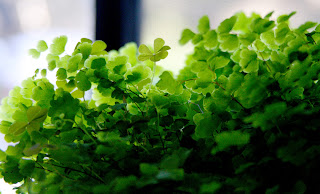 sigh.
I know, make the boys do it all. Easy to say, but enforcing it can be more work and effort than just doing the chore in the first place and when I have a head that bad, it's all beyond me.

The good thing is, I'm not on any medications now. I had reason to go back through some of my old photos recently, and re-read my comments on the set of photos I kept while I was going through radiation a number of years ago. 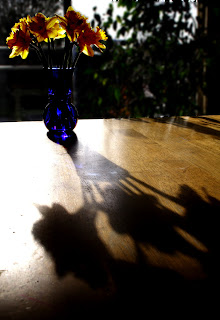 You can go look if you haven't heard or seen them before and you're interested. I should warn you that it's possibly triggery for anybody who's dealt with cancer and such. I had it pretty easy, really. And it made me realize again that I'm very lucky to be alive.

There are other things that I've gone through too, that make me appreciate life and simple things, like being able to walk. After breaking my leg and not being able to walk on it at all for three months or more, stepping up or down a simple curb has become a recurring silent miracle that I notice and rejoice in, even after 5 years. Gad, I broke my leg five years ago this spring. And my leg will never be the same again, certainly, but it's functional and gets me around. 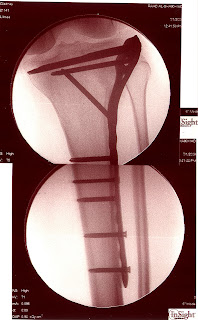 I'm finding this whole aging thing has become kind of an accumulation of physical and emotional landmarks of things I've gone through, periods in my life. Breaking my elbows left me a wire and scars. I had twins; that left a number of indelible marks on my body; breaking my leg left some serious hardware inside the leg and an inability to kneel on it. There are others, of course. I'm going gray, I'm getting wrinkles and certainly have gotten fatter. The physical aspects feel like a collection of souvenirs from trips or something, but even harder to work through and throw away if you get tired of them than the emotional baggage that gets lugged around along the way.

But. I will admit that the constant feeling I've had for the last decade or so, that I could die sooner rather than later, that I needed to savor every moment, has abated somewhat. It turns out that it's really hard to maintain that intensity all of the time, for years, when you're dealing with the everyday minutiae of kids and regular life.

There's a secret that I've been learning through various life milestones: everyday life just keeps going. It's probably most noticeable when you have a loved one die; there's that weird disconnected feeling where life continues swirling on around you even though this huge and permanently life-altering event has happened. People still go shopping, laundry still needs doing. The cats still need to be fed, the bills still come due, the dishes still need washing. It's weird the way it all keeps happening even when you feel like your world has shattered. 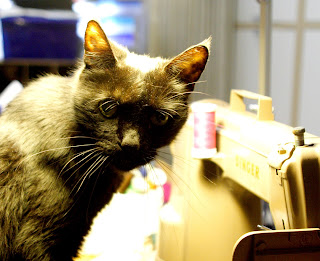 I've tried to come to grips with that over the years in various ways; I started documenting things more, I will always try to savor the fleeting moments as they happen. Some things become more precious, like seeing old friends again, or watching the boys as they grow and develop into older people. You know, things that you come to realize are important and likely won't happen again, at least not in the same way. 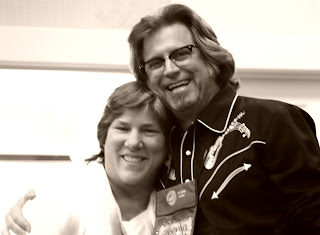 Casey may make the Men's Gymnastics Regionals again in the coming years, but he'll only be this age, this particular flavor of goofy once. 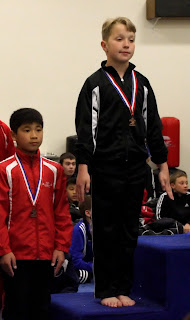 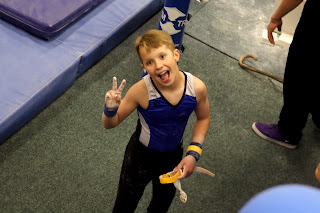 If nothing else, I've begun to realize that sometimes the everyday life stuff that wears you down may be what keeps you going when things get bad. Whether it's because you feel like you have no choice or other people are depending on you or whatnot, the mundane bits will always be there, swirling around even when life feels totally surreal. 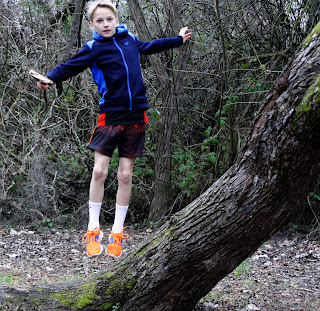 And sometimes the everyday things like neon orange shoes are exciting enough to a boy to indelibly imprint themselves into the mental souvenir stash. He's already wearing these shoes out, and there will never be another pair just like them, but he loves them with a passion for life that's pretty infectious. It all drives me crazy at times, especially with a migraine, but it also is what pulls me through it to the other side.
Off to wash some dishes now.

Posted by Beckett Gladney at 2:00 PM No comments: