Afternoon of 'shoulds' not being done

Summer afternoon, and the music from 'Heroes of Might and Magic' is wafting over from the computer over there. Casey is addicted to games right now; he went through a frenzy of engineering and building in MineCraft, then went on to playing the Protoss in StarCraft and now is indulging in a little light Heroes. Apple, tree, short distance. Apparently games never get old. I'll have to kick him off soon for his own mental health. And mine. Okay, mine. Enough with the mom-guilt. What is summer for, if not to indulge in wretched excess and the boredom of not enough to do as a kid? 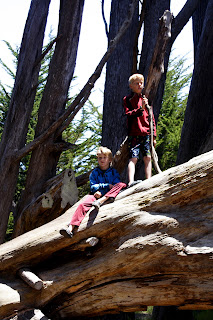 I could have enrolled them in those earnest summer enrichment classes like the ones being advertised all over town: math, reading, writing. But they made the top of the Honor Roll at school, their grades were excellent. They're doing tennis and dance and gymnastics and basketball and cross country running this summer. All stuff they wanted to do. We're actually pretty booked up; this little lull is kind of the calm before the busier parts to come. 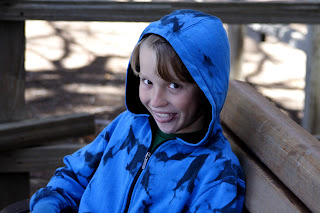 The kitchen floor linoleum is peeling up in a way that drives me crazy. The side yard is overgrown with jasmine vines which are not nearly as charming as they were a month or so ago when they were blooming and spreading that amazing jasmine smell everywhere; now they're just spreading vines everywhere and tying their tight little knots on everything they shouldn't. Can't open the side gate because there's a huge pine tree branch in the way. I planted that tree as a tiny sapling about 15 years ago and now that thing is about a hundred feet tall and spreading its branches 30 feet in all directions. 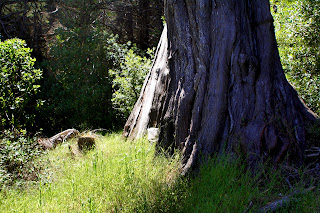 Who woulda thought it'd get so big so fast? I thought I'd be long dead and it'd be someone else's problem when it was this big. Though I may still get that petty little satisfaction from the Giant Sequoia and the Giant Redwood that I also planted about the same time. Those ones aren't quite so big yet, since they grow more slowly. What the hell was I thinking? Whoever moves into this falling-apart heap of a house when we're gone will be asking that same question. "What the hell were they thinking, planting a goddamned giant redwood and a giant sequoia? Didn't they have any freakin' clue that they're called GIANT for a reason?? Who the hell plants a damned GIANT REDWOOD in their back yard??? Stupid short-sighted bastards..."

The garage has two little pathways through it- one to the mailbox opening, the other over past the washer and dryer and out the side door. We have a Commodore 64 out there that probably still works, along with an Amiga and some IBM's and every other computer that we've ever had. I live with a packrat, and honestly I'm not much better. Very few people are ever allowed to see in the garage due to my shame about the way it is. There are boxes of Computer Gaming World and Life magazine and old textbooks on genetics that are at least 20 years out of date. There are also two giant arcade games out there; neither work now but they are still out there. I secretly wish that the giant arcade Cyberball game that now resides in the dining room would join them and they could all fly away to some grand place to be restored and taken away from my environs. I go out there to run laundry and sometimes I stand there and stare at it all and despair of ever getting enough energy to tackle it all. There are sometimes critters out there, roof rats, squirrels, maybe raccoons, who come and go and treat it all like their own personal playground. I go out to do laundry and glare around suspiciously, nervously, looking for the little jerks and hoping I won't see them. Which is usually what happens.

The thing about having the boys home now, except for the running around ferrying them to this and that activity, is that I'm still (supposedly) an adult, expected to keep everything going and still accomplish stuff and do all my normal grown-up business, despite these guys. I've been drafting them to do chores and help me on things; they did really well the other day when Casey cleaned house inside while Riley and I cut down the overgrown bamboo around the side of the garage (never, ever, plant bamboo within a mile of your house- our neighbor planted some years ago and it has magically migrated to our house) and we cleared the front walkway so it wasn't such an impassable jungle. The bamboo stalks then became things to collect and treasure and now we're in the throes of converting the bigger, sturdier ones into the cores for boffer weapons. Duct tape has been acquired in cool colors and foam of various sorts appropriated for padding. Two swords and a two-ended spear have come into being so far, with many more in the plans, according to Riley. 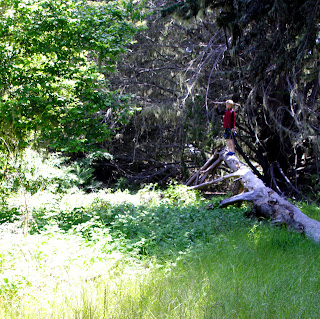 I've been running up against my own limits, though; headaches the size of the Titanic have been hitting with disturbing frequency and they wear down everything, including my patience, my energy and my will to live, honestly. The boys are surprisingly patient about it all, and they are pretty self-entertaining, which makes it all easier than it used to be when they were smaller. But it'd be so much easier not to be flopping around uselessly in a fog of pain. 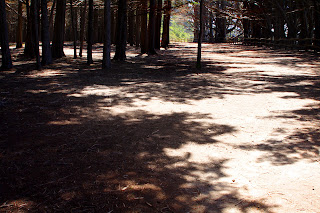 Anyway. I'm looking forward to going more places, doing a bunch of day trips to places. The boys have been surprisingly reluctant, wanting to stay home and play games for a while. And with the headaches and all, I've probably been overindulging that tendency. I figure we'll all get bored and start getting out more, getting more done Real Soon Now.
Posted by Beckett Gladney at 5:01 PM 3 comments:

Short day of school for the boys today, last day before summer break. Last day for me of time to myself, too. And there are so many things I need to take care of that would be so much easier to do without dragging reluctant kids along for the ride, and yet here I am, procrastinating. 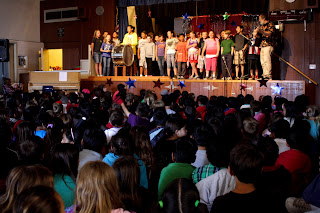 There have been various end-of-school activities and events, and mostly I have dodged them; the guys are getting of an age now where they don't much care if I'm there and I have felt like I don't have the bandwidth to do all the volunteer things that all of the Good Moms and Dads do. Fortunately Paul has been stepping up and doing some of that stuff. He's been going in and playing music with the fifth grade kids every week all year long, and they finished up the school year at the Talent show with a couple of songs they'd been working up for a few weeks. It went about as well as one might guess. :) 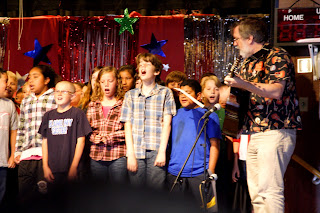 One of the things that got to me, though, was seeing how grown-up all of the kids are getting. We have always volunteered with the boys' classes since Kindergarten, helping the kids learn to read and doing math projects and other things like reading books aloud; Paul's been playing music once a week with all of them since 2nd grade, so they all know him really well. He lets them request songs to learn and sing together, and it means that he ends up learning to play some of the pop favorites out now, which the kids sing along to with varying degrees of enthusiasm. Getting them to be enthusiastic is harder to achieve as they get older and more self conscious, of course, so it was cool to see them all singing loudly during the talent show, even if some of them lost track of the lyrics or the melody.

Today is the last, short day of school and when they all come back in the fall they'll be the oldest, the 6th graders, the biggest kids, for their final year at this grade school. They're really ready, though. And they're really ready for a big break. We've signed them up for various summer sports things; Casey will keep up with gymnastics, of course, but he's adding tennis and they both want to try Aikido, so we'll see where that goes. Riley's going to go to high altitude running camp where his long-distance running coach has a cabin in the mountains and holds a long weekend of distance runs and swimming in lakes and more cross country running and games and exhausted sleep and more running. Riley is of course stoked to do all this. We also signed him up to try a hip-hop dance class, since he's game and he's already doing moves all the time. 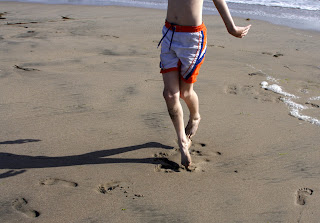 It'll be busy, certainly, but there will be time for lazing around and playing games and going out to the beach and exploring in the woods and that sort of stuff. 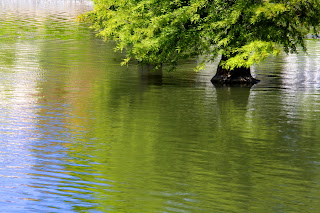 And much to their chagrin, there will be plenty of chores and getting some of the long overdue clean up stuff done, hopefully. Summer never ends up lasting as long as we want or getting all the fun stuff done that we planned, but that's all a part of summer too. We won't get bored. :)