Bear with me, if you will. Here's the Webster's definition of fraught used as an adjective:

1
archaic
a : laden
b : well supplied or provided
2
: full of or accompanied by something specified —used with with fraught
with danger>

So there I am, in a nutshell. I feel fraught, complete with all of the implied anxiety and uneasiness that it seems to imply. Why?
I know it's at least partly because the boys have launched into 7th grade at a new school. It's a new school that has all sorts of strict dress codes to try to avoid gang insignia (why would they have all these restrictions if it were not a real problem?) and it's a public school with a mixed reputation. It's larger and wider-reaching than their sheltered little public elementary school was. I admit it all makes me uneasy; 7th grade was not a good time for me. I hadn't really given much thought before this to how I felt about my boys going to 7th grade, mainly because I failed to believe it would ever really happen. After all, 7th grade is entering teenager-dom, and I couldn't see my boys ever being that old. Maybe as an abstract concept, of course I hoped for them that the theoretical experience of going to Junior High would go much better for them than it did for my sisters and I, but honestly the whole idea skittered away in my brain like things do when you know they're unpleasant and hard and unavoidable. Denial is my friend. 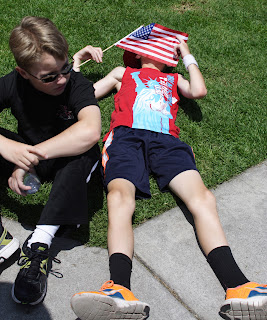 So we sent them to a week of orientation, fun and games at the new school and all went well; they met many of their new teachers and learned the layout and routine. A good number of their old friends and classmates are going with them, so they have a support network of friends already in place. I admit I wondered what that would have been like for me at that age. 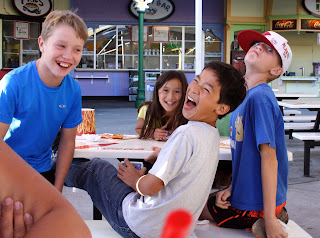 We had a bump in the road when they got their class schedules, because while Casey had been signed up for all of the honors classes, Riley had only been put into Honors English and not the honors science or math. He was puzzled at first, then increasingly upset, angry, resentful and defiant, vowing that he'd show them by excelling so much they'd have to advance him to the honors classes. Some calm reassurance that we'd straighten it out and simply talk to the office admin and see what was up helped some, though he had to compose himself before he could face going into the office. I went in anyway, asked about it and found out that the school didn't have the incoming 7th graders' Star test scores yet and that if I could bring my copy in then they'd redo his schedule after the principal approved it. Which I brought and he did, and later that day Riley was assigned all the honors classes without further fuss. Why Riley wasn't assigned those classes in the first place and Casey was is still a mystery, since their grades and test scores are well-nigh identical, but whatever. Problem solved. Though it really makes me wonder what happens in cases where the kid in question doesn't have a parent right there ready to problem solve in a calm and diplomatic manner. Riley's attitude shifted so quickly in that short space of time from happy and excited about 7th grade to crestfallen, angry, hurt and resentful that it was pretty scary to watch. Such a short trip from positive expectancy to... something considerably less healthy and happy. Once his schedule was fixed he went back to being happy and looking forward to it all. I was so glad I was there to act as his advocate, honestly. I felt like we were both lucky. 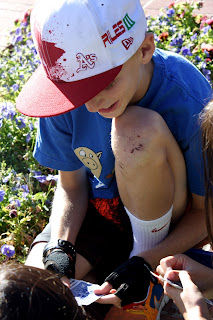 I do realize that it might seem like not a big deal, but doesn't the beginning of Junior High set the stage for where you fit in for the rest of your time there? Which classes you're in, how your teachers and other kids see you, how you feel about yourself, it all kicks in within the first week or three. For Riley, it's always been a big part of his self-esteem to be one of the smartest, most intelligent and well read kids, and to have been put in the regular track classes was like a slap in the face. For now, in Junior High, he'll need all the shreds of self esteem he can hang onto. 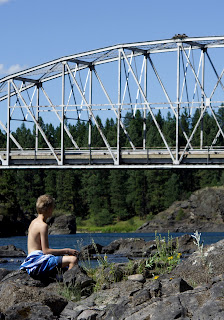 First day of full classes (after missing the first half day of school due to fevers and sickness) happened and all was well; both boys pronounced their first day as 'awesome'. Which when you think about it is pretty high praise from 12 year-olds who try to be cool. They rode their bikes to school, which is pretty darn cool for me after having to drive them every day to their elementary school.
Riley is (almost always) the challenging kid. He starts slow in the morning, rarely has his act together, needs prodding and reminders and all that. He drives all the rest of us crazy. I got into a huge fight with Paul this morning about how best to get Riley to move and get his stuff done in the morning; Paul's approach is to 'hurry up, panic' at Riley, and (when I can muster the patience) I am more of the 'remind him, get him back on task (again)' mode, which admittedly takes more time. I figure he needs more time in the morning, and we're still ironing out the kinks in the new morning school routine. Riley's going to have to get up even earlier, honestly, because I can't stand the 'panic mode' that Paul pulls out and I can't believe it helps Riley either. By the time we got the boys off to school on their bikes I was madder than a cat dunked in wet mud and ready to rip the limbs off of anyone stupid enough to get within reach. Bad way to start the day, filled with anxiety and panic and madmadmad. Bah. 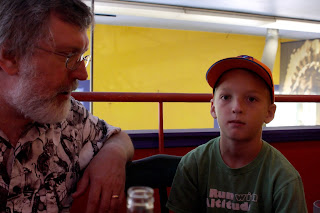 Those annoying critical voices in my head tell me: We are Supposed to have Riley take charge and get himself together in the mornings and be responsible for himself. We're Not Doing Him Any Favors by coddling him and doing stuff for him and we're supposed to Let Him Fail So He Can Learn From His Mistakes and blahblahblah. And right now, I say, bite me. The kid is starting 7th grade and he hasn't yet worked out a way to get ready in the morning that works well for him. We had it pretty well down last year and he was pretty good at it on his own, given enough time and such, so I'm sure he will get better at this. But in the meanwhile we need to work out the kinks and figure out what works and what doesn't. 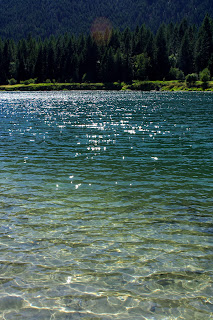 It'd be nice to feel on top of all the stupid everyday minutiae that the kids and parents are supposed to deal with for school, to feel confident that we are dealing with all of it in a mature and capable manner (ha). It'd be great if school and work weren't so frenetic and pressure-filled. To know that the kids will emerge from the pressure-cooker chaos and eventually become capable, coping adults. I wish I felt like a capable, coping adult, honestly. 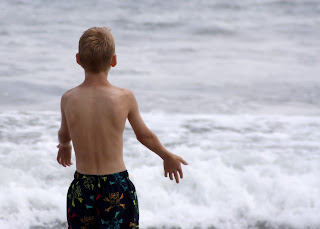 It'd be nice to know I was doing a decent job of this whole crazy parenting thing and not feel like a flailing, screaming muppet.

I feel so fraught with it all.